In this Game Reserve, one of the largest protected areas on planet (45 thousand square kilometers large), about 750 thousand mammals live including elephants, buffalos, hippos, crocodiles and wild dogs. If you are lucky you will also meet families of lions, leopards and some cheetahs.
We want to provide you with an astonishing journey leading to the hidden and wild side of Tanzania, that is why after the safari we’ll bring you to discover Mafia Island, the lesser-known island of Tanzania with its miles and miles aof sandy beaches. It the perfect place to get away from it all and enjoy the Indian Ocean at its best.

If you wish a tailor made trip, please contact us, we will plan together your own itinerary! On request extensions available for Pemba Island.

Day 1°: Dar Es Salaam – Selous Game Park
Morning arrival in Dar Es Salaam, transfer to the domestic flights terminal and boarding the flight to The Selous Game Park. Soon arrival in The Selous. Here you will have your first game drive during the 4x4 transfer to Lake Manze Tented Camp. Rangers and English speaking guide will be at your service. Dinner and overnight at the camp in double tents with private facilities. Meal Plan: full board (drinks not included).

Day 2° and 3°: Selous Game Park
After breakfast, enjoy whatever you like to do most! The camp offers three main activities: boat safaris, game drives or walking safaris with lunch at the camp. Alternatively spend a full day on an ecxciting game drive with picnic lunch. Dinner and overnight at the camp. Meal Plan: full board (drinks not included).

Day 4°: Selous Game Park  - Mafia Island
After breakfast, transfer to the domestic flight terminal for the flight to Mafia. Arrival in the island of Mafia and transfer to the booked hotel. Accommodation in a standard double room. Afternoon at leisure. Meal Plan: full board (drinks not included).

From day 5° to day 7°: Mafia Island
Days at leisure to enjoy the island, either to relax or to experience some of the available excursions - booking on site. In the resort there is a diving center that also organizes snorkelling tours. The snorkeling experience with the whale-shark is strongly recommended. Meal Plan: fullv board (drinks not included).

Day 8°: Mafia Island - Dar es Salaam
After breakfast, transfer to the airport for domestic flight to Dar es Salaam in time for the intercontinental flight. After customs formalities boarding the flight to USA. End of our services.

WHAT WE THINK
Mafia is still a wild island that offers an amazing wild landscape as well as boat trips, snorkelling and diving. Do not expect villages, entertainment, shops or malls, it would be very disappointing. Mafia is a quite place with no TV, very few cars, no noises of any kind. It is suitable for travelers looking for a relaxing stay in a truly unique environment. The most beautiful beach of the island is just across the Mafia Lodge. Beautiful sandbanks, can be reached only by boat;  some land excursions are also available. The hotels do not offer any kind of entertainment.

Quotations are for person in double room and full board (no drinks are included) both during the safari and on the Island.

Supplements and discounts:
- Single supplement and reduction third bed both for adults and children on request.
- Superior room supplement at Mafia Lodge on request.

THE SELOUS GAME PARK
The Selous Game Reserve is one of the largest protected areas on planet with a surface area of 45 thousand sq. km. Its name comes from Frederick Courtney Selous, the most famous white hunter in Africa. In this Game Reserve about 750 thousand mammals live including elephants, buffalos, hippos, crocodiles and wild dogs. If you are lucky you will also meet families of lions, leopards and also some cheetahs. More than 440 species of birds will charm birdwatching lovers.
It ‘s 'an uninhabited land, with no trace of human interference with the environment, where is concentrated the largest population of mammals in Africa. Together with the Mikumi National Park it  is one of the UNESCO's World Heritage .
The Selous is a tremendous opportunity for visitors looking for something more than a classic safari: in addition to the traditional game drives in 4x4 vehicles you will experience the best boat safaris and also walking safaris  allowed, of course accompanied by a skilled ranger. The reserve is crossed by three rivers: the Rufiji, the biggest river in Tanzania that creates very suggestive panoramas, the Beho Beho and the Ruaha River. These two main water suppliers create channels, small islands and marshes. Speaking about interesting spots not to be missed: the Stiegler's Gorge, 100 meters deep, is simply extraordinary!!
During the dry season (from July to October) you can witness a unique event in the world: the great elephants' migration, one of the most important in Africa, moving from The Selous to the Niassa Game Reserve in Mozambique.

MAFIA ISLAND
Mafia Island is located at about a 40-minute flight from Dar es Salaam, in the beautiful Indian Ocean. The island, one of the largest of the archipelago, is about 70 kilometers long.
It's the perfect place to relax and rest, you will not find malls or clubs but if you are looking for unspoiled areas outside the chaotic social life, that is the place you have been dreaming about for long! Tourist facilities are strongly involved to preservation of the natural heritage. The WWF is keeping the situation closely monitored, especially for what  the study of rare turtles at risk of extinction is concerned.
The best time to visit the island of Mafia goes from October to mid-March (highly recommended also for diving), before the rainy season. From April to June rains can be so heavy that all the resorts close. From the end of July  days get warmer and up to mid-October, it is the best time of the year to whale watching (very good opportunities to see the humpback whales).
This island is not listed among the most popular and richest archaeological sites in the world, however in Chole Bay (an ancient port of the island), you can explore the ruins of ancient Arab settlements dating back to the twelfth century as well as in Juani Island where the ruins of the city of Kua, a mysterious village with unknown origins, were discovered.
For those who prefer 'land' excursions on the island, hiking to the lighthouse at Ras Mkumbi is an option as well as visiting the Forest of Mlola, and the nice bay of Chuvia in the nearby. 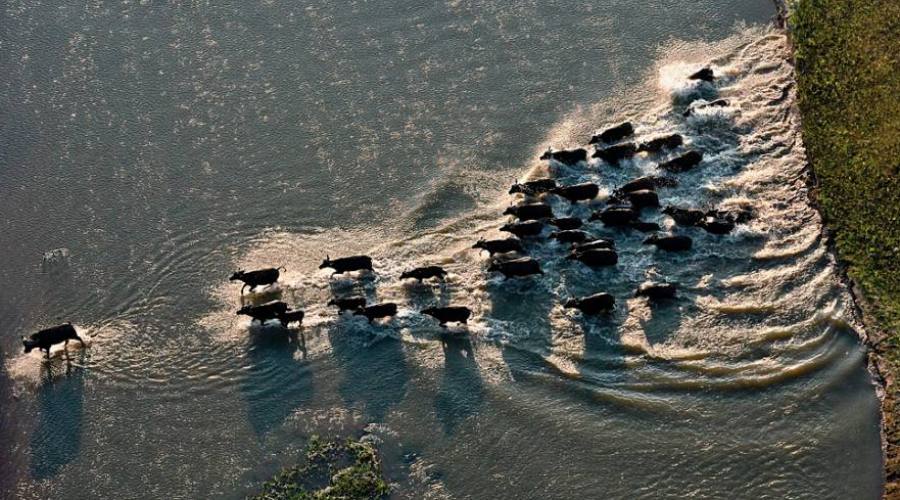